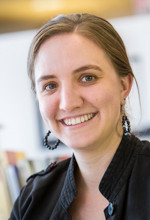 Meg Cunningham, Show Set Designer at Wyatt Design Group, provides her insight into the world of show set design and how she translates her experience designing sets for theater into designing attractions for theme parks.

Q. What is Show Set Design and how does it differ from traditional set design?

Design for the entertainment industry is all about telling stories. About world-building. Through a medium in which the designers, writers and all production disciplines have complete control over the experience, they can start from the ground up. In entertainment (theater especially), the production team (director and all designers) starts by asking the most basic questions about the world of the story: Which direction is gravity? Is it a gray world? Is it a colorful world? What are the rules in this world? Are all lines straight or curved? How do characters interact with each other or the world around them?

In theater, these questions can be answered on a much more abstract plane, because the medium allows for a suspension of disbelief by the audience that few other art forms allow. Because theater is a person-to-person medium IN person, there is a kinetic connection between the storytellers and the audience, so the world is more directly communicated and doesn’t need to be actual or realistic. In theater, the audience is allowed to be in the world with the players, either by being in the same emotional space or the same physical space.

This is the job of the set designer, to bridge that gap between the story and the audience, to build the world of the play in a space that the performers/storyteller and the audience can experience together.

Themed entertainment especially combines the story into the environmental experience. The world of the narrative is the physical world that the audience (or guest) occupies, and therefore the guest becomes a player in the story. As a Show Set Designer, I immerse the guest in the world of the story – from their spatial experience (volume, direction, sequence), to the visual motifs (fantastical, historical, both), all the way to the physical location of an attraction. 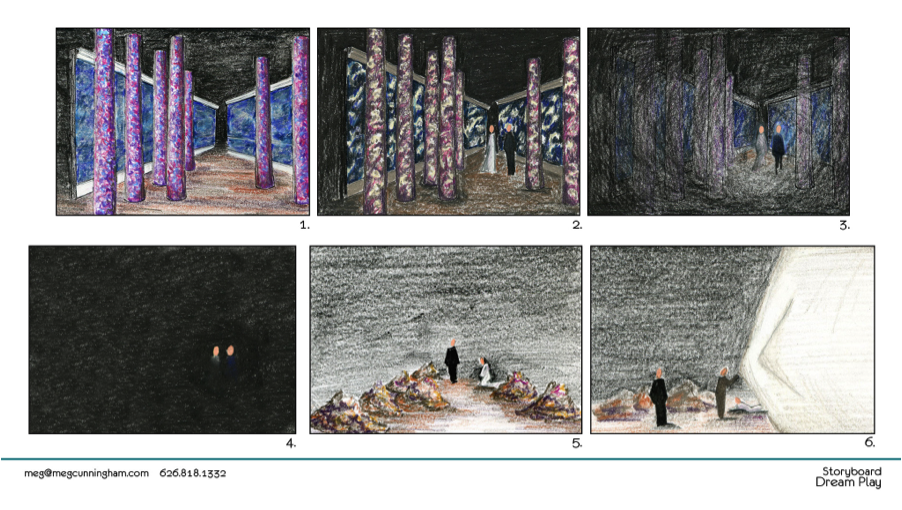 The simple primary difference between these entertainment mediums is how the audience (or guest) interacts with the story world.

In traditional theater, an audience is looking in on a story – they see the world the characters inhabit. They feel the emotions and catharsis as the story unfolds because the performance is so immediate – It is in the same room as the audience. The audience gets an overall perspective of the story as a viewer in real time.

In film or television, the camera becomes the point of view. The camera is the audience’s perspective into the world of the story and into the characters’ actions. TV/film is specifically directed and the medium can be more specifically crafted and refined. Details are more important because the medium is (generally) more representative of what we see/know in our practical lives.

Theme Park design, in contrast, is all encompassing. Here, unlike traditional theater or TV/film, the audience members (or guests) become part of the story themselves. They physically step into the world of the story. Everywhere they look, they are surrounded by the storied world. In a themed environment the perceived emotions are the guests’ own, the details are right in front of them, and they can traverse the world on their own power. Their viewpoint is their own. In a themed attraction or ride (of course, each type varies) the guest is led through a story that they participate in.

Q. Where in the process of master planning a theme park do you insert your designs?

I am still fairly new to this industry – I’ve worked on 3-4 different projects at varying stages of the design process – but I enjoy the schematic design phase most. This is when the designers take the ideas developed in concept design and start to make them actual. This is when attractions first begin to become places and occupy space. The narrative is laid out in physical space, story points are refined, specific scenic elements are determined and the experience is developed. This is also when the designers become more than just creatives and start problem solving, tackling the endless possibilities with practical considerations.

In themed entertainment, the process is similar to the production process in theater – it is just longer with more people involved (since it will be permanent and on a much larger scale). A project is proposed by a client – a single small museum exhibit, a dinner theater show, or a full themed resort. The writers provide the script, then together the team discusses the flavor of the story/space/attraction. As the attraction/project gets more developed, more artwork and details are designed. And ultimately the technical team determines how this thing will get built – and then it gets built. This refining design process typically lasts 9 months or so; and the production process – construction – depends on the size of the project.

Q. Who do you collaborate with most on a project?

Set Designers work with the creatives (people: designers and writers) as well as the practicals (constraints: technology, facilities, and architecture).

Usually, I come in after the concept work has been done, so I am able to work with the concept artist/designer to flesh out the ideas and design of the space. I work with writers and creative directors who expand the concept visuals into a scripted guest experience. I also work with other designers to design and draw specific pieces of an attraction; on past projects, as I worked on the whole, they helped with the details.

The other side of the coin involves coordinating the physical constraints of an attraction, so I work with technical directors and architects to make sure the attraction functions in the allowed physical space (dimensions, structure, codes and standards) and physics of planet Earth (safety constraints, equipment).

And at WDG, I have access to many designers who have practical knowledge of completed attractions. This is one of my most valued collaborations – the mentoring and sage advice they are able to provide.

Q. Typically does the final product look like the designs that you provided?

In theater, I love working in model-form. I build several iterations of a design in a to-scale physical model so I can see the relationship of elements to each other. I can also see how people fit into the space. In theater, often I create storyboards for each beat of the production; these show – through either model or rendering – each of the major story points of the production and what the stage looks like for each moment of the play. I love showing how a stage design changes over the course of the play – as the world changes and the characters evolve.

In themed entertainment, I generally work on drawings and lists of images. I have always been a hand-drafter. My final thesis project in architecture school was completely hand drafted. At WDG, I do a combination of drawing with a pencil on paper and drawing on a tablet in Photoshop. I am still developing my preferred method of making beautiful, communicative drawings on the computer. Themed architectural design drawings must communicate not only practical dimensions and what an object looks like, but also show the feeling of the space or element.

When the design travels toward completion, the entire team must closely comply with the budget and other constraints. As a designer, I want to make sure every modified choice still maintains the story. So generally, the final product is exactly what we intend and document all along the way, which is approved by the client at completion of our part of the project. I do not normally go on-site during construction of an attraction, but it certainly is gratifying to see photos and video of recently completed projects!

Q. What kind of skills do you need to be a show set designer?

In brief, to be a show set designer, you need a mind open to others’ ideas and a problem-solving attitude. You need the ability to believe in an idea, to sell it, but also not become so attached that when the idea is altered (or thrown out) you can’t move forward. You need the ability to clearly communicate your ideas – drawing is the preferred method – but also through specific research images, color choices, and directing someone else’s renderings.

Q. As an adjunct professor teaching set design to college students, what do you teach your students who are hoping to break into either industry?

The most important thing any student of theater should learn is how to develop and communicate the world of the play. They must ask those basic world-building questions and run with the answers. Each choice contributes to the world that the audience experiences. So in the entertainment industry as a whole, this also applies – determine the world, and thereby every choice and design should support it. 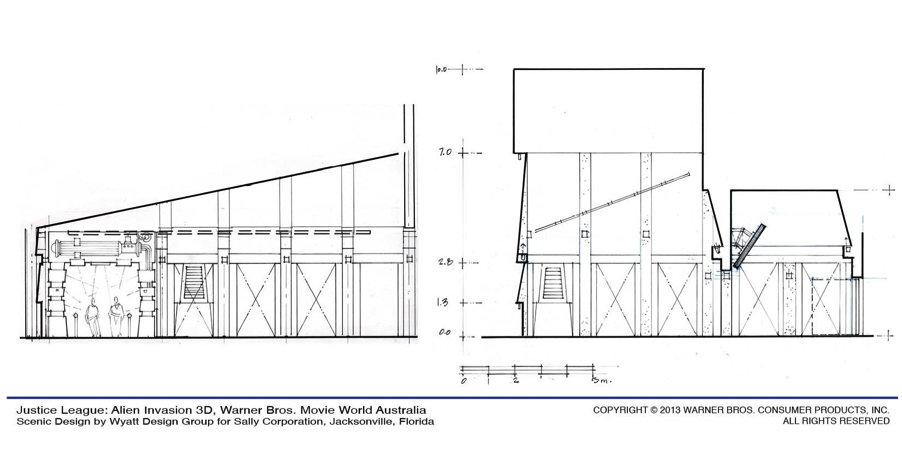