Wyatt Design Group supports interactive apps for use within the themed environment–not only as another platform for storytelling, but to provide a means to customize the attraction experience and collaborate with others for a new level of experience.

A group of 50,000 Boy Scouts on a retreat in West Virginia suddenly faces the ultimate challenge when a viral outbreak occurs, reducing the troops to groaning, wandering zombies!

What sounds like a modern-day horror movie pitch is actually a large-scale demonstration of a smart phone app called Virus Tracker, developed by Network Dynamics and Simulation Science Laboratory at Virginia Tech’s Virginia Bioinformatics Institute. Using the app, Scouts and researchers alike learned how a pandemic infection can spread in real-time, opening the door for educational discussions regarding disease control, the importance of vaccinations and problem-solving associated with the containment and elimination of fast-moving viruses. 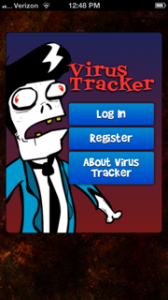 “It’s a great example of how ‘edutainment’ has evolved with the digital age and is now being embraced by both scientific researchers and themed entertainment designers,” says Rick West, a Creative Director/Writer in Los Angeles. “Rather than try to shrug off the reality that everyone these days has smart phones and that people are using them non-stop either at school, at work or, in our case, at theme parks and public spaces such as museums and tourist attractions, we are embracing these technologies and making a concerted effort to incorporate them in some form or another into our shows and experiences cohesively and in an unobtrusive manner.”

By implementing a spooky and timely zombie overlay to the Virus Tracker application, the learning process was cloaked in a simple-to-understand and instantly fun platform that, while fictional (until the zombie apocalypse does, in fact, occur), served as a valuable teaching tool and, ultimately, educated mass amounts of participants without mention of text books, classrooms or components of educating that younger generations tend to frown upon as “boring” or “old school”.

“It’s frustrating to see all those visitors staring at their smart phones, texting and playing games while they shuffle through carefully planned storytelling queues and pre-shows,” says Larry Wyatt, Principal of Wyatt Design Group.  “It’s a losing battle for attention with smartphones in the hands of virtually every visitor in the park.  Best engage them with compelling interactive apps that support the attraction by interacting with the themed environment–not only as another platform for storytelling, but to provide a means to customize the attraction experience and collaborate with others for a new level of experience.”

Theme parks, museums, public gathering places and tourist attractions are becoming a hotbed for smart phone application technologies. Using virtual reality overlays, giving guests the ability to dive deeper into a given subject while on a tour by scanning a QR code with their phone, or simply checking attraction wait times via interactive GPS park guides/brochures installed as apps, is already widely used by organizations around the world.

The next generation of smart phone applications we see on the horizon includes interaction with guests’ surroundings, special in-park real-time promotions delivered via apps, queue and attraction experience personalization and more.

Jason McManus, Attraction Designer at Wyatt Design Group and former Imagineer who specializes in interactive attractions, says, “We have reached a point of full collusion between our digital and physical lives. In the online world, the limitations of location are removed, and we now have much greater control on what our personal life looks like. Because of this, theme park guests now come with the desire to have an impact on their surroundings, and fully expect to be selective about what types of information and entertainment they receive while at a theme park, zoo, or museum. This takes “Edutainment” to a whole new level, allowing these guests to be personally engaged and invested in the topics, themes, and stories within a themed environment like never before.”

As a designer of themed experiences, Wyatt Design Group is keenly aware of the importance of staying one step ahead of the curve as new technology and means of communication and entertainment come online. It’s an exciting time and one that we embrace in our company’s development of new projects and attractions.

We’re especially looking forward to embracing those zombies…in their digital form, of course!